Here is another heading

Here is a big heading 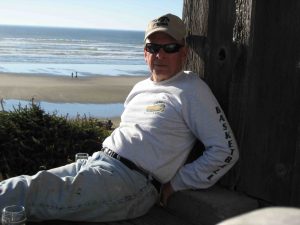 Here is a caption

And now we start with some text/

And going. Here is some more text

and some more and more

Winter Edition of The Trumpet is Out

Laurie Rowe says farewell to her post as D20 representative to the ACBL board,  and Jackie Zayak introduces herself as the new ACBL board member for Region 12, which includes D20 and D21.

Don will stay busy for two more years with his re-election as D20 president , and he reports on  ACBL’s handling of a high-level cheating case.

Here’s the information, with a link to the tournament flyer.

Here is the District 20 tournament schedule for 2022.

We have not been meeting regularly up until this August 16 meeting because there did not seem to be much, if anything, to meet about.  But we did need to review the Save Bridge fund situation, set the date for the 2021 Eugene Sectional and determine how to handle the annual meeting currently set for February 7, 2021 in connection with an in-person two-session bridge event at Shadow Hills.  Here is what was decided about these items:

This fund has received about $8830 and paid out to Emerald Bridge Club (EBC) a total of about $2100.  The last payment was in May.  Payments have not been needed since May because the on-line games have covered EBC’s expenses.  The current balance in the fund is $6726.41.  At least one member has asked about returning some of these remaining funds.  The board is still concerned about the viability of bridge going forward as there are unknowns, about how well, on-line bridge will do going forward, and whether expenses will remain low.  For example the landlord has given a big reduction in rent up to now but that could change.  The board looks at the fund as insurance for the future.  However the board did decide to allow anyone who would like a return of a pro rata portion of their donation, to make a request through our treasurer Carole Schmitz.  Attached to this email is a summary of the Save Bridge Fund and the procedure for requesting a return of money through Carole.

I think it is safe to say that the board is not optimistic about being able to have an in-person meeting and bridge game on February 7, 2021.  Shadow Hills allows us to cancel the meeting so long as we do it by January 7, 2021.  So we have time to see what happens.   Whether or not an in-person event can be held, our by-laws require an annual membership meeting prior to April 1 of next year for the purpose of nominating and voting for open board positions.  Guidance from ACBL tells us that the meeting can be via zoom or a similar method.   There are four members whose terms are up in February of 2021:  John Wolf, Carole Schmitz, Dave Partridge and Denise Cox.  Five members terms continue into their second year:  Carl Scheffler, Joyce Spence, Diane Bricker, Ali Amory and Betsy Ovitt.

The by-laws provide for the board to nominate a slate of candidates and for the opportunity for additional nominations to be made by members at the annual meeting.  As an alternative to doing this, Bing Kibby who is the past president of, and non-voting member of the board suggested that due to the unusual year we are experiencing and due to the lack of unit games, and sectionals, that we just keep the same board intact for another year.  Essentially he suggests adding one year to each present board member’s term.  Bing wrote up an explanation of his suggestion which is attached to this email.  The board seemed receptive to Bing’s idea but only if there was general support from the membership.  Bing’s proposal would still require a membership meeting and also a one-time amendment to the by-laws to allow the extension of all board terms by one year.

WE WOULD LIKE YOUR FEEDBACK ON BING’S PROPOSAL.  Do you like the idea or should we stick with the method provided in the by-laws?   Please contact any member with your feedback.  The board members are listed on the CC line above.

We have scheduled unit board meetings, via zoom, for the 2nd Sunday of the next four months.  The dates are Sept 13, October 11, November 8, and December 13.  If you would like to attend any of those meeting let me know and I will send you the link a few days before the meeting.

Also all unit board meeting minutes and the unit by-laws can be found on the unit website which can be accessed through the EBC website.

Thank you for your attention to these matters.

Kim reports that he is recovering nicely from his heart surgery. He says he is pretty much back to what he considers normal. Seems like quite an impressive recovery.