This material is pulled from archives at the Register-Guard. As old as some of us are, none seem to date back to this earliest era of recorded Bridge history in our area…at least not as an active player at the time so as to be a source of information. 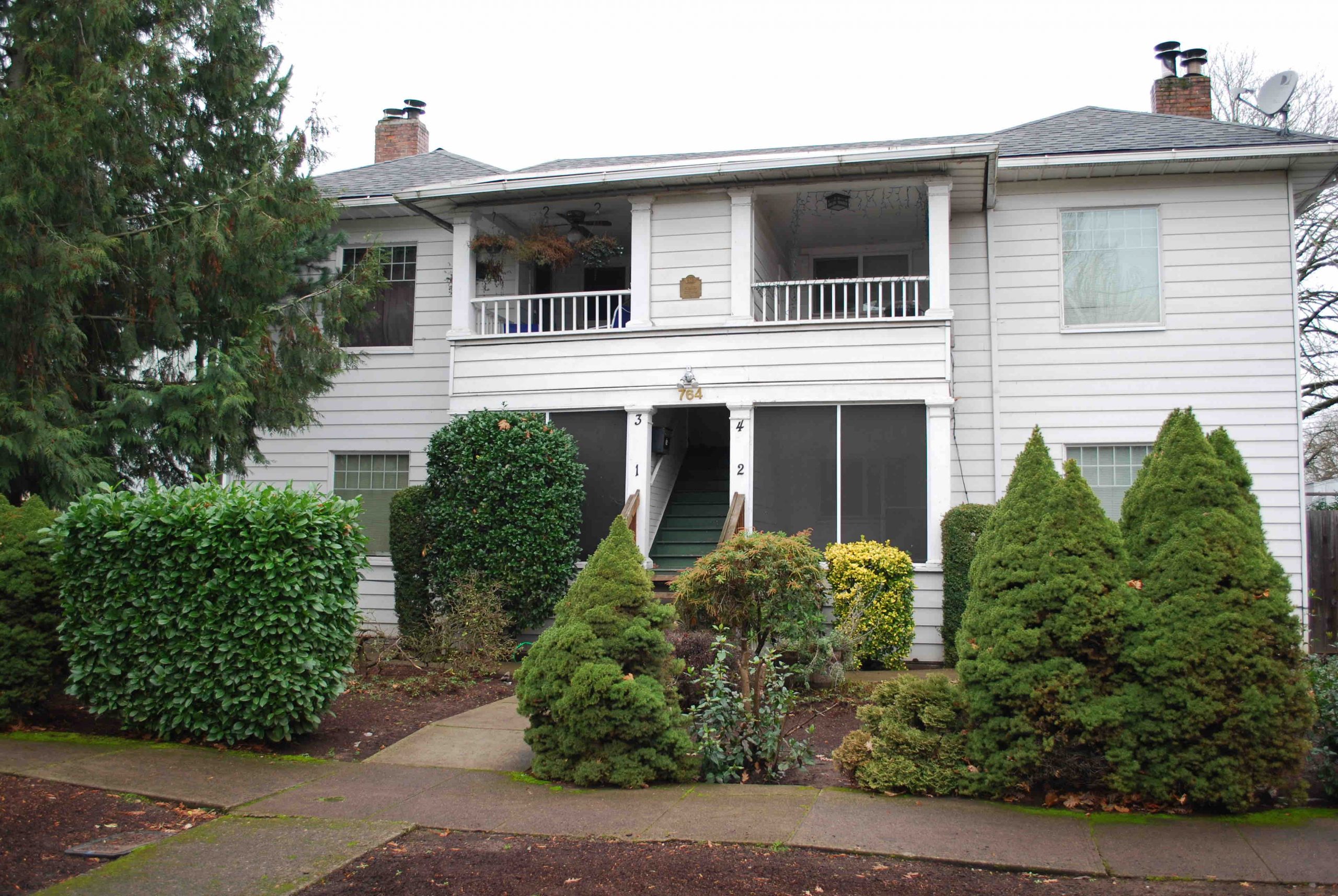 Perhaps we should update to “Chairperson.” Mrs. Smith would, no doubt, be turning in her grave hearing herself referred to as “Madame Chairperson.”
This reference needs a date. Since “…Auction Bridge” was still offered, it is likely from the 1930’s. It is also interesting to note that it was a “…dual affair.” There are lots of places one could go with that reference. 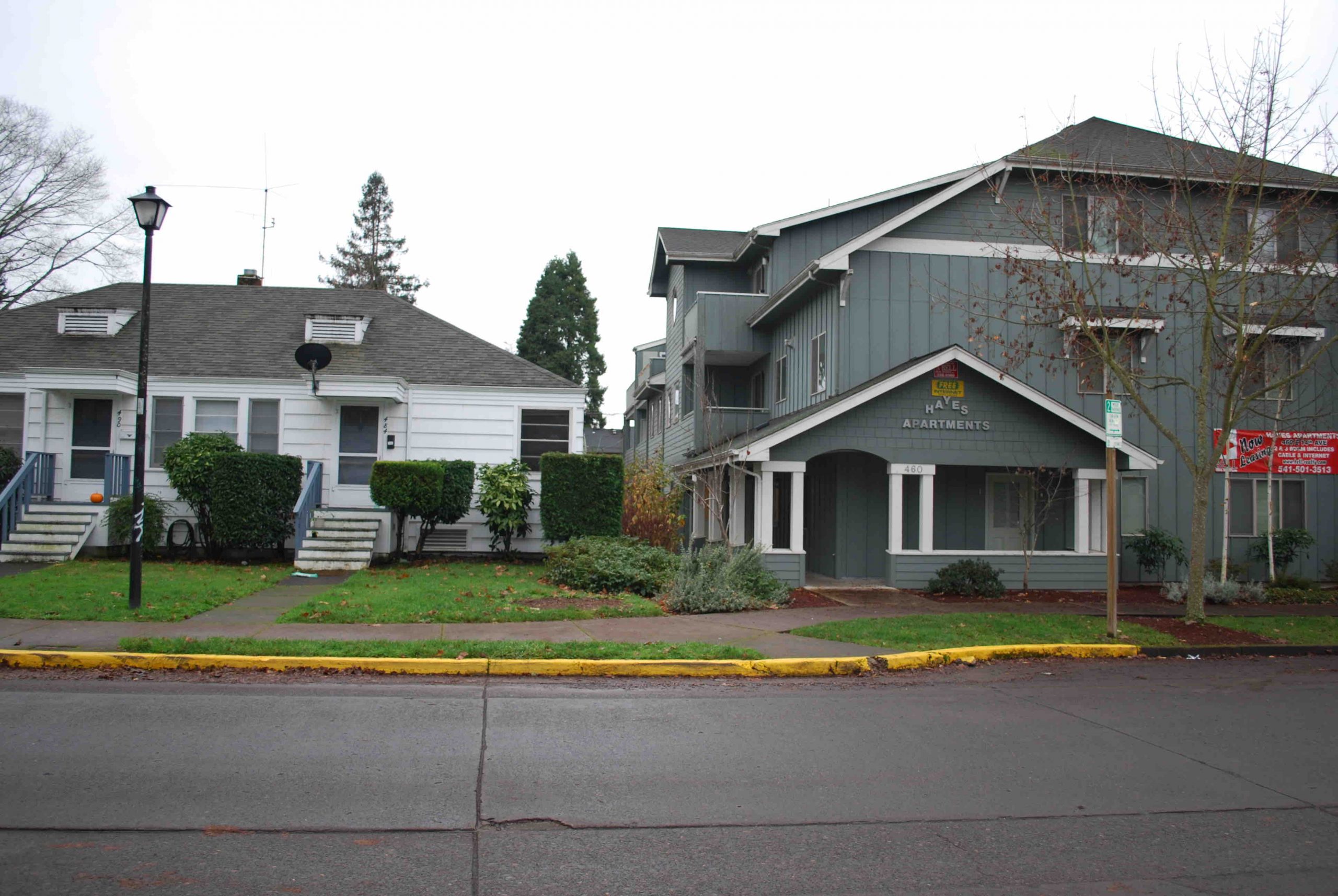 480 E.14th no longer exists. Best guess is it was replaced by the building you see here on the right.

There are a number of possible locations for the Masonic Temple. 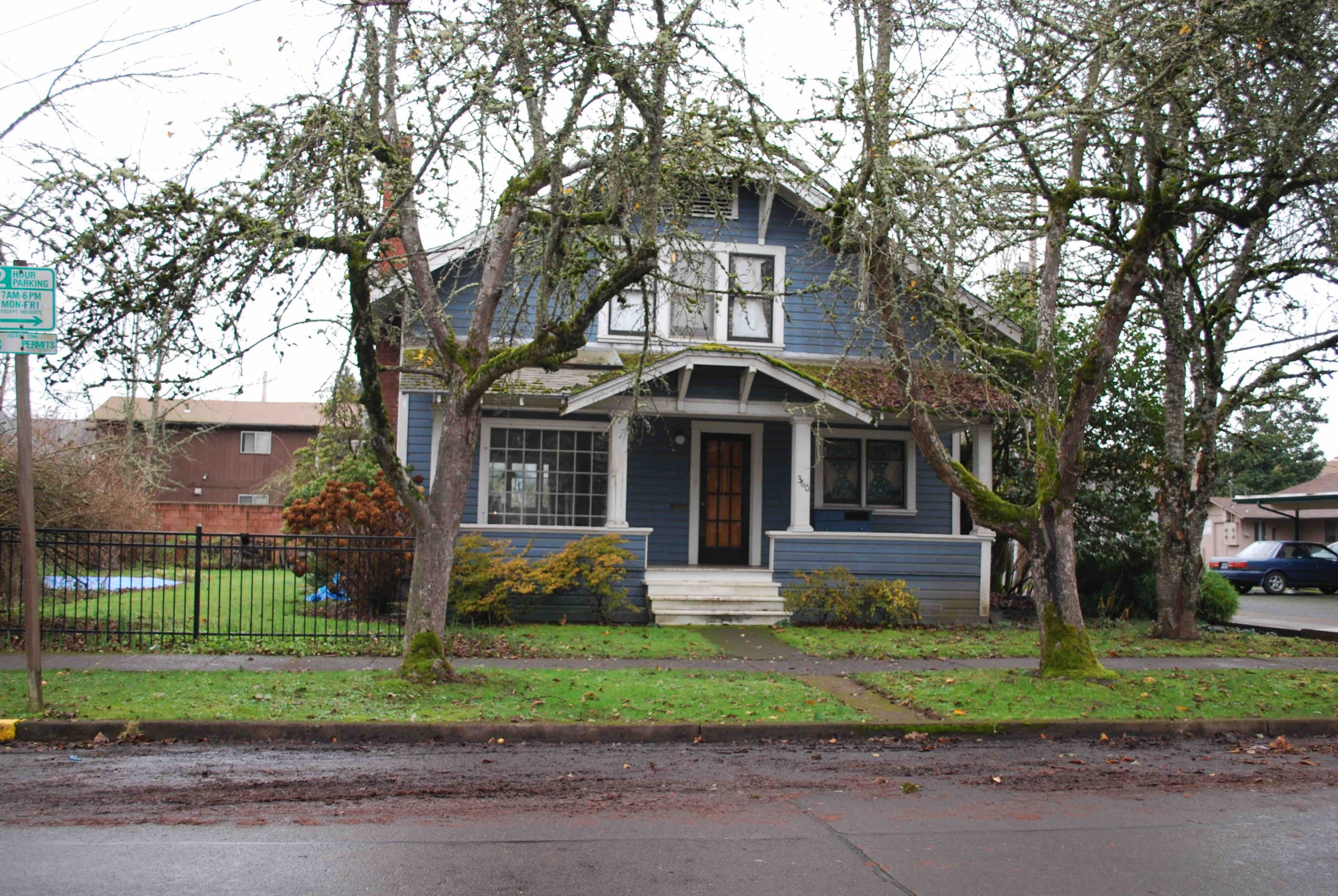 Amite Bridge Club “Mrs. Walter Cole: 360 15th Ave. East,Thursday afternoon.” 2.18.1950. Well, this address is very much still there/here. Perhaps one of these days we can gather an interior shot of two.

This reference to the Amite Bridge Club is probably not too distant a link to the games that began to take place at the old College Side Inn (Now the site of The Duck Store) and the soon to appear Erb Mermorial Union. There are some early references to the Eugene Bridge Club holding games “…in the student Union.”