The Emerald Bridge Club, with Jon Neimand and Don Marsh, officially started on November 13, 2007 after the Unit showed little enthusiasm for wanting to be in the business of running the games. The Board had voted on November 12th, 2007, that it no longer was interested in running the Monday night game.

EBC ran the Monday, Wednesday, and Friday night games at the Eugene Garden Club. In the early part of 2008, Karol Crouse made the decision to relocate to Singapore to be with family and EBC took over the operation of the Tuesday and Thursday games of Kings and Quacks, which were held in a building located on the Oakway Golf Course.

In January of 2009, EBC consolidated its games in a new location at 1782 Centennial and a new era in bridge in the Eugene-Springfield began. Bridge and the Emerald Bridge Club finally had a “home” for the first time in many years.

A major remodel took place when Cactus Skate Shop vacated the adjoining space allowing EBC to expand its operation and gain some much needed space. It was this expansion that really created the space we enjoy today. For the first time, it felt like a real space. The expansion was not a cheap undertaking and was only possible with the very generous financial support from several players. EBC also received a great deal of assistance from Bill Beaty.

Jon Neimand resigned from the Emerald Bridge Club in April, 2014. Sherri Morgan joined Don as a partner in EBC and took over the role of club manager.

The big remodel. This is a photo of what is now the kitchen looking from where the table is that holds the puzzle. 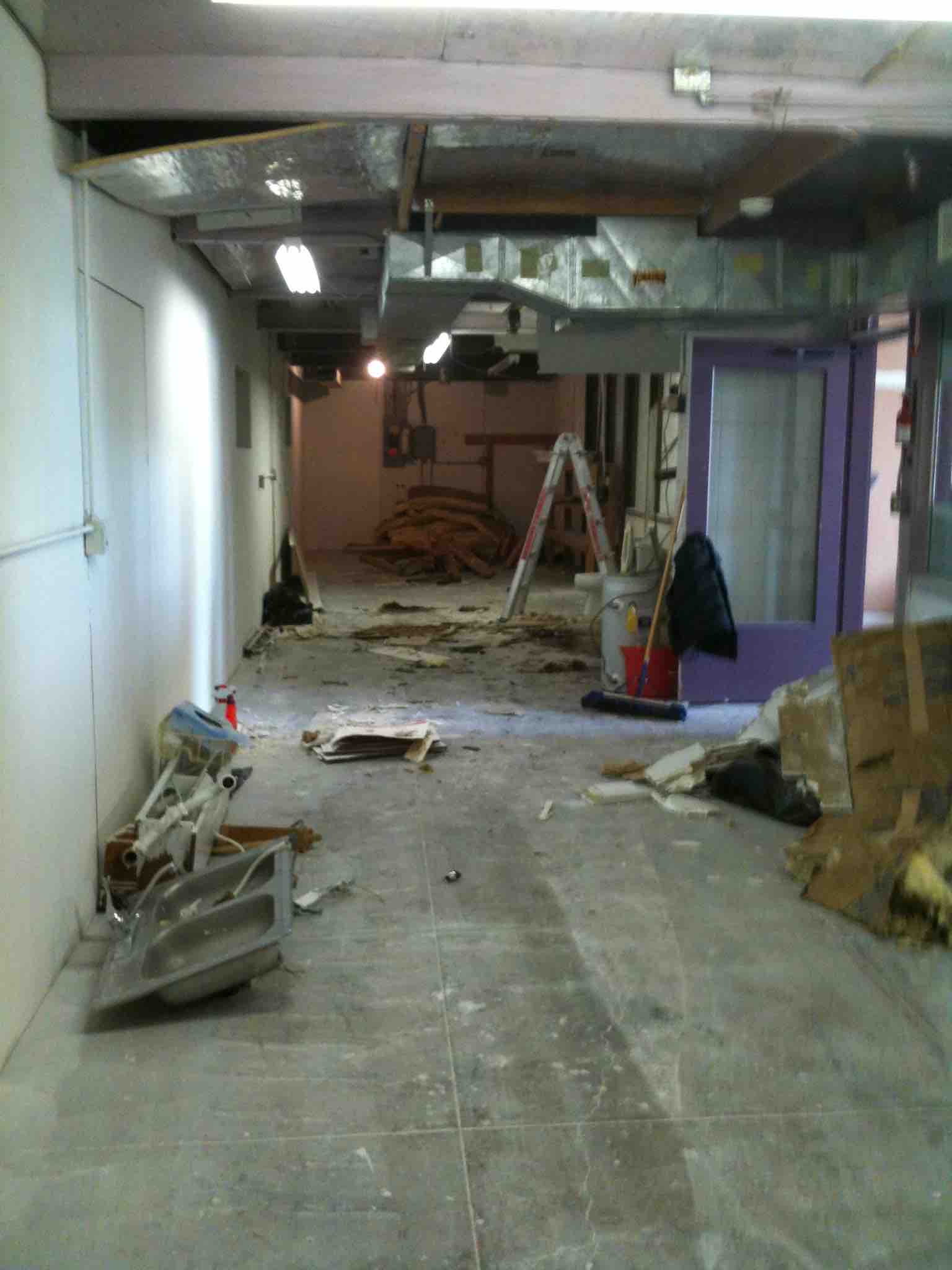